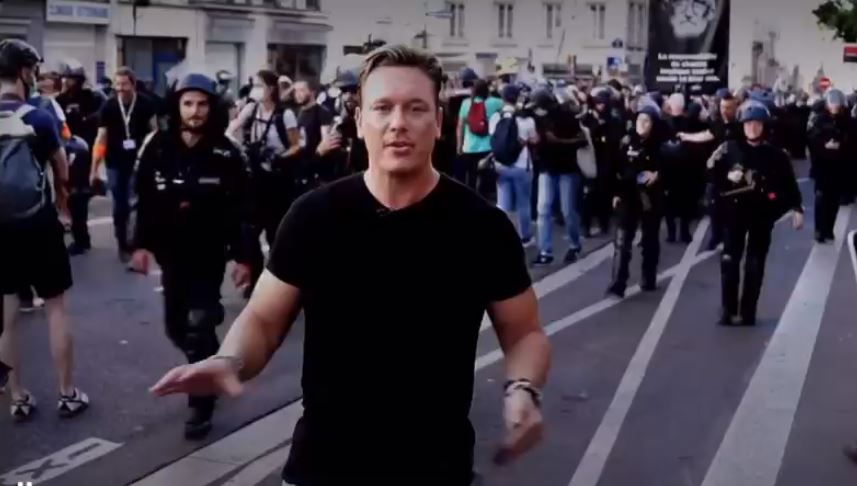 Here’s what others had to say:

Vicky Nicodemou
Love your authenticity in your reporting Ben Swann. We stand with the people in France & all over the world, our prayers & thoughts are with you all the way from Australia!

Angie Helwig
Good for them! Wake up America and don’t comply!

Alan Knight
Go France, this is tyranny and has to end.

Fiona Cornish
I want to move to France. Too many passive people in New Zealand sadly.

Bettie Teplier
The motto of the French Republic is “Liberty, Equality, Fraternity”. We must fight for it!

Jim Huber
This needs to happen in the United States.

Claudia Milledge
Same in Germany, but not enough rising up yet

Michael Brannaka
May God be with you people of Europe.

Cecily Perry-Handy
It’s embarrassing how once we were the country that led the world for freedom against tyranny is now the leader of submission! Viva le France!

James Eppen
Keep up the good work. We, the people shall prevail.

John Fakla
In NJ I was held down and injected with drugs by police. That’s what they have in store for everyone next

Liam Archibald
The Freedom fighters, the French Resistance who fought and beat a similar totalitarian system the German occupation. Governments enforcing nazi style government causing division among their own people pitting people against one and and other, the vaccinated against the unvaccinated. The oppressive divide and conquer strategy used by all tyrants.

Florida Jaser Nshaiwat
WHAT SHOULD WE TAKE ? HMMM, OPEN OUR EYES, RESEARCH, GROW SOME DAMN BALLS !!!! BRAVO TO THE FRENCH PEOPLE !!!