The McGowan Government will extend its state of emergency powers until 2023 to keep enforcing COVID rules such as compulsory masks in hospitals and seven-days isolation for positive cases.

WA has been in a state of emergency since March 2020 and the legislation underpinning the State’s remaining virus restrictions was due to expire on July 4 after three previous extensions.

The new Bill will extend the powers until January 3, 2023, but the Government said it did not mean the state of emergency would necessarily remain until that date — it could end earlier.

Opposition Leader Mia Davies said her office was only told about the legislation late Monday and the Government would now use its massive majority to ram it through Parliament on Tuesday night.

“It’s an unbelievable use of power by this government — very arrogant,” she said on radio.

“They’ve got the numbers to do it, so we have little opportunity to scrutinise the legislation … and so we do question whether or not it is absolutely necessary to see these powers being extended and whether there are other ways that the Government can ensure the community remains safe without remaining under a state of emergency.”

By contrast, other State governments across Australia are changing the way they enforce pandemic rules by ending state of emergency declarations.

Opposition leader Mia Davies said McGowan’s move is “an unbelievable use of power by this government — very arrogant”.

For example, SA’s newly elected Labor Government has introduced legislation to allow for some virus restrictions to be carried over after the planned lifting of its emergency declaration by June 30.

Mark McGowan said WA’s state of emergency would continue to be “rolled over” every two weeks with the stroke of a pen by Emergency Services Minister Stephen Dawson and emergency directions would be issued that set out the rules and penalties.

“The laws are designed to allow (the remaining restrictions) to happen,” he said.

“They’ll only stay in place for as long as we need them.

Mark McGowan said WA’s state of emergency would continue to be “rolled over” every two weeks with the stroke of a pen by Emergency Services Minister Stephen Dawson and emergency directions would be issued that set out the rules and penalties.

“We’ve delayed bringing them in because we didn’t want to do it if we didn’t need to do it but we’ve had advice from the Police Commissioner and the Chief Health Officer that it’s required.

“So in order to protect the health, welfare and economy of WA, we’re bringing in these laws.”

Asked why his Government was not ending the state of emergency like other States and instead using Parliament to legislate the enforcement of restrictions, Mr McGowan dismissed the proposition.

“I think you’re looking for things to criticise,” he said.

“These laws are the same ones that have been in place every six months over the course of the last two years.

“We’ve done it three or four times and it’s designed to protect the health and welfare of West Australians.

Last month, Australian Human Rights commissioner Lorraine Finlay said that she had concerns about the long-term use of state of emergency laws.

“The state of emergency declaration transfers an enormous amount of power to the executive and therefore to public servants and bureaucrats, and reduces parliamentary oversight and scrutiny,” she told the ABC. 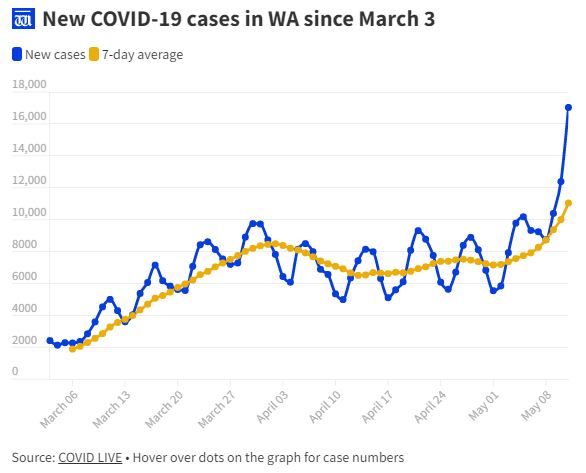 On Tuesday, WA reported a new daily record of 12,390 infections, with only Victoria detecting more cases and six more deaths dating back to April 11.

There was also an increase in hospitalisations, with a record 286 COVID positive patients in hospital, including eight in ICU.

Active cases breached the 60,000 mark for the first time, less than two weeks after most COVID restrictions were removed. 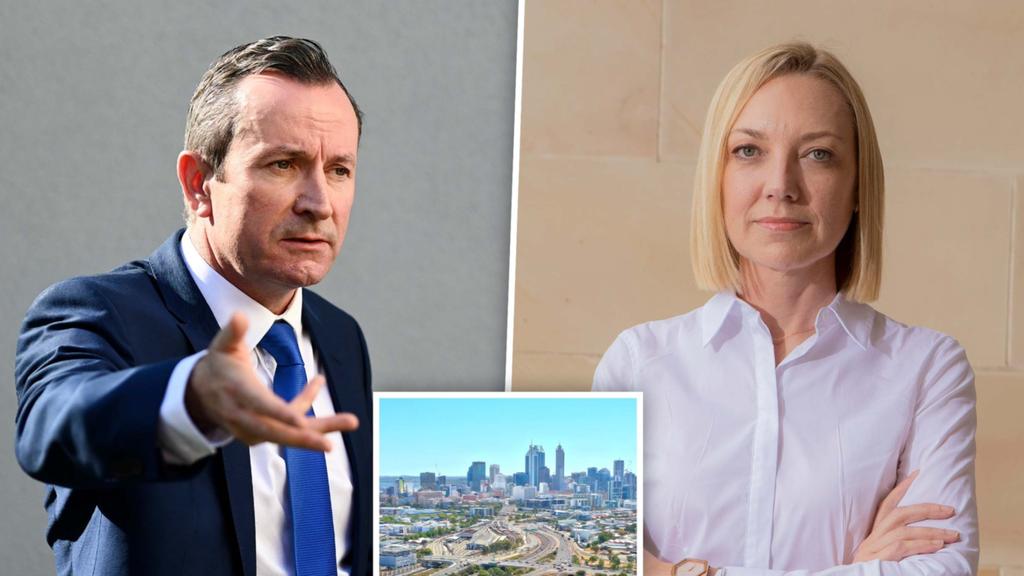