The Jaw Dropper is at the end. You won’t believe what I found! More clues about Pox virus expert Mark Buller’s death in 2017. 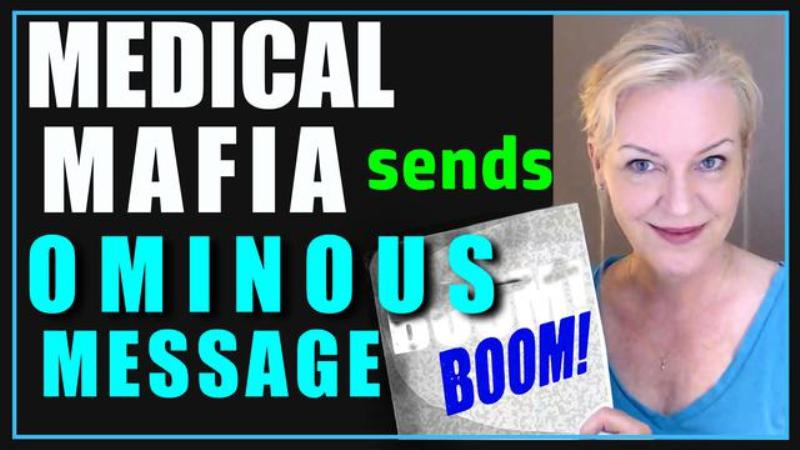 Here’s what others had to say:

JacTru6
As you said it, I said it too Polly, out loud sitting at my kitchen table here by myself..hahaha. That definitely was a inside comm to those that know what’s being said, regarding the way that he died! If I was a member of that man’s family I would be furious.

CrazyPills
Wow is right! You are truly amazing to be able to find these BOOMs! Thank you Polly. Now if only someone could do something about the handful of elites trying to rule our world.

JacMack
Holy Cow, thank you Polly. I dropped my jaw on this one. Will we ever stop being surprised by this stuff? Grateful to the people who sent in the information. Blessings.

pmchenry
Love ya, Polly! – and I don’t mean this to be a troll – but the notion that Dr. Buller was too old to have ridden his bicycle twelve miles (recommended bike route between his home and that location on Google Maps – one hour and twelve minutes estimated travel time) shows a lack of knowledge of what older athletes can do. I’m 61 and just ran a 34-mile trail race a month ago. I have a friend who WON a 314-mile foot race across Tennessee when he was 72. There may be reasons why Dr. Buller wouldn’t have been there on Riverview Drive – but being too old to have ridden there is not one of them. Also, according to an article from the time in the St. Louis Post Dispatch, there were two vehicles and four other people involved in the incident. All four people were taken to hospitals because the vehicles collided. Unless these people were so committed to murder that they were willing to subject themselves to a car crash and then lie about what actually happened (one of them was an 8 year old boy, BTW) I think theories that he was killed elsewhere and deposited there don’t wash. And this would be FAR from the only time a distance runner or cyclist chose a route others considered ‘too dangerous.’ I know other ultrarunners who think the whole race across Tennessee (which I’ve also done) is too dangerous. It goes through some pretty sketchy parts of several towns along the way and takes you on long stretches of rural highway with fast traffic and minimal shoulders, day and night. People do this kind of stuff and to me, as one of them, that whole class of objections based on what he would or wouldn’t have done as a cyclist comes across as underinformed and overblown (and yes, I’m including the letter from the other cyclist in St. Louis – who surely does not have complete knowledge of who does or doesn’t cycle on Riverview Drive and may just – like some of those other ultrarunners – simply have a different degree of risk tolerance than Dr. Buller did). Does the quote from 2001 carry so much significance when we’re looking at the incident that actually occurred, rather than the image I suspect most viewers and commenters have of a man discovered dead on the side of the highway, the victim of an unsolved hit-and-run?

COWBOYCOUNTRY
It is highly possible that he was run over – deliberately – somewhere else and transported to this area and the accident “scene” staged. Just sayin’.

PhiltheFluter
One of the best, if not the best, independent journalists around. Love you Polly

Stevefnp1
Not sure how to contact Polly and this is off topic but important! Please check this out! Breaking news! Otero New Mexico is getting rid of dominion machines, zuckerberg drop boxes, and other voting machines. Look it up! We must get rid of voter fraud! Or we the U.S. will continue with 3rd world elections! People share this and contact your reps. Its up to us to try at least to make a difference! Let Washington know their future depends on our vote! Go to National Priorities Project and Contact Your Representative – its easy to do at that site and probably others.

Slickboot21
Didn’t you report that Buller died not long after saying that a vaccine was not recommended for the monkey pox virus?
That ties into this as well.

capnmikec
wel dear Polly, this videois why I luv ya!! great report ! always well researched, and presented ! and ya got a couple goldbacks? VERY COOL ! peoplelove you dear, cuz, you bring thetruth, with the sauce ! i look foward to every report from you ! WOA ! YOU JUST SAID THE BOOM !!!! HOLY CRAP! THERES THE SAUCE ! GREAT JOB DEAR ! THANK YOU DEAR AMAZING POLLY ! I REALLY WISH I WASNT POOR, . ALI GOT IS MY VA DISABILITY SO I BARELY SURVIVE, BUT I DO SHARE YOUR VIDEOS, AND I TRULY FEEL SMARTER, AND MORE INFORMED CUZ O YOU! SO THANK YOU SO, SO MUCH !!